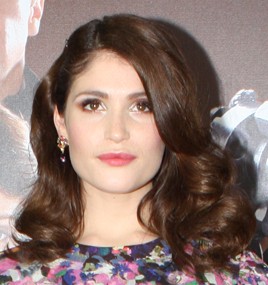 Born Poppy Susan Fields in 1986, in Gravesend England, she had her name changed to Susan Fields before attending Oxford University where she studied languages and psychology.


She immigrated to the US in 2013 and joined the FBI National Security Branch (NSB) as a field agent, her fluency in Arabic, Russian and Chinese being seen as a considerable benefit at that time. Though English, she generally uses an American accent, only returning to her original when annoyed or drunk.


In 2015 she was involved in a field operation on-board the Russian freighter, the Ivan Makarin that directly exposed her to events of an extremely unusual nature. Delta Green got involved at the clean up stage of the operation (which was later classified as RED KATANA). Given her successful handling of the situation, and her willingness to cooperate with Delta Green operatives, she was co-opted into the organisation later that year.


In 2017 she was involved in operation SHALE OIL in Montana.


In 2019 she was called on for operation AZURE PENNANT, in West Virginia.


She has demonstrated resourcefulness and capability in both instances, and may be called upon more frequently in the future.


It has been noted that her physical fitness scores following AZURE PENNANT have shown a marked increased that cannot be explained through normal means.

She has a long term girlfriend named Anna Taylor with whom she lives in New York. Ms Taylor is a biology teacher at a New York high school. As far as it is known, Agent Fields has not informed Ms Taylor of her operations.


It is known that she is carrying on a relationship with a married ex-colleague named Mark Jacobs who is based in Washington. This has been noted as a possible black mail risk.


The only family member back in the UK she is still in regular contact with is her younger brother John Fields, a banker working in London.


Prior to moving to the US she caused issues with British Intelligence following several FOI inquiries about the nature of the death of her twin sister Strawberry Fields. She is known to have been killed in Bolivia whilst working as an archivist with the British Consulate in 2008. The exact nature of the events have been classified by MI-6 however. It is believed that the failure of the British Government to provide a direct answer was what prompted Susan Fields to move to the US.

She has had training in both firearms and unarmed combat, as well as having taken advanced driving courses. She however has not had adequate experience in tactical operations, and her primary skill set is focused on social engineering.